No...these two performers did not get married! But rather I attended both of their concerts at The Borgata in Atlantic City over the 4th of July weekend.

Melissa Etheridge rocked the house with favorites such as "Come to My Window", "California", "I'm the Only One" and "I want to Come Over" to just name a few. She is an amazing perfomer and so personal with the audience. I had will call tickets, center section 11th row. The kind young man behind the counter upgraded me to 1st row. Now THAT rocks!

Here is Melissa performing with lead guitarist, Philip Sayce. I got one of Philip's guitar picks at the show! 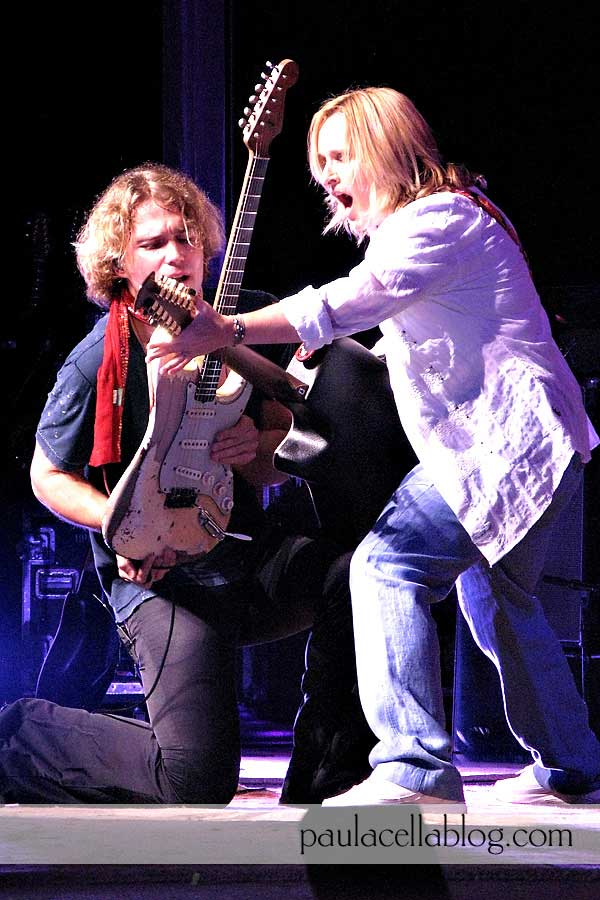 Whilie in St. Kitt's a few weeks ago for a wedding R&B singer , John Legend was performing at the St. Kitt's Music Festival. John was staying at the Marriott Resort which is where all of us were also staying! The maid of honor, Rachel, kept seeing John around the property. Every time I saw Rachel, she would say "You just missed John Legend! He was here 5 minutes ago!" Well, I got to see him at the airport as we departed to come home and a few weeks later, I saw John performed at The Borgata. I love his easy listening R&B style. My favorite song was "Good Morning" which brought tears to my eyes. It was so powerful.