Last night I went to see Keith Urban at Boardwalk Hall in Atlantic City. He rocked the show.

Carrie Underwood opened for him. Actually I went to the show to see her perform because I really didn't know any of Keith's material. I was pleasantly surprsed when he came onto the stage. He is quite a guitarist. He must have played on at least 7 different guitars. The high light of the show was when he came out into the audience, escorted by security to the middle of the crowd, singing with his electric red guitar. Towards the end of the song, he quickly signed it with a black sharpie and handed it to a fan! How cool was that?

I am not a big county music fan - but I must say I am really turned on to Keith Urban. You haven't seen him perform, get tickets now! :) 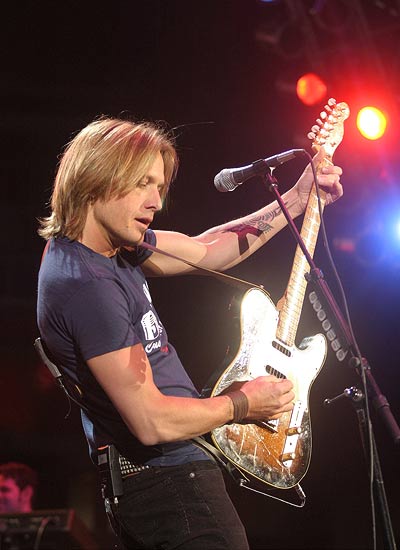